Make Americans wealthy again is our statement of purpose.

According to recent surveys, the sad facts are that over 60% of American households do not have $1,000 in cash (or a bank account) available for an emergency, and tens of thousands of retirees are taking out reverse mortgages just to be able to afford a basic retirement.

Now imagine instead an America where a majority of Americans are millionaires.

An American where Americans were coached and inspired to be wealthy from their schoolyard days and throughout life. A place where a human being with desire and ambition could grow and improve, enjoy their lifestyle, and coach and inspire the next generation to do the same.

Would it be too much to say that America would be an even greater place to live for even more Americans?

It’s true that it may be hard work and that the fruits will bear more in the long term versus the short run, but just visualize an America where together we launched generations of Americans creating the cycle of wealth.

You can be a wealthy American. Join our movement. 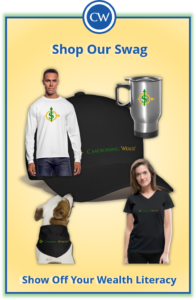